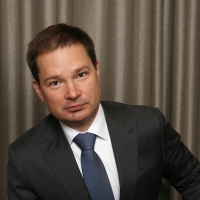 Dear Friends, We wish you a Merry Christmas and a Happy New Year 2021! Thank you for all your trust and confidence in our team! Best regards,...